One of the important parts of our personal practice is the regular undertaking of a rite of purification. Public discussion of modern witchcraft tends to avoid the whys and hows of the regular performance of purification rites. This is possibly because so many of us reject the notions of moral purity common to many forms of Christianity and its attendant teachings on sin and penance. I certainly do; I’m more inclined to agree with Mary Oliver in her poem “Wild Geese”:

But sin and moral impurity are not the kind of pollution that I’m addressing here, where failure to abide by a list of rules makes one unclean. Instead, spiritual pollution is a consequence of living; psychic or energetic pollution would also be appropriate terms. Just as the physical body gets dust and dirt on it from going about the world, so too does the energetic body. Purification, then, as a remedy, cleanses, provides expiation, and re-sets boundaries and order. I tend to refer to spiritual pollution as miasma–up until the turn of the 20th century, miasma referred to contaminated or unhealthy air thought to bring disease and was the precursor to germ theory. It comes from the Greek word for spiritual pollution which had to be removed through purification rites before contact with the gods was made. In our practice and experience, energetic or spiritual pollution is a dark, sticky fog that impairs the aetheric body of the witch and comes from a number of sources.

Sources of Spiritual Pollution
Graduate school taught Tom and Kate and I a lot about the importance of regular ritual purification, mostly because it was a high-stress environment. We were surrounded by people in agitated emotional states coping (or not coping) with large amounts of anxiety, and being immersed in such an atmosphere built up pollution. Our covenmate Kate describes this source of pollution as “emotional detritus”. This unpleasant atmosphere slowly clouds and clings to the aetheric body and eventually clogs energetic centers. People often experience this source of pollution in emotionally charged situations like funerals.

In addition to this sort of passive contamination, modern life affords us the opportunity to come into contact with and be affected by toxic people and people who are jealous of us. It’s a basic tenet of magic that thoughts are things, that deeds and words carry spiritual weight. Appalachian lore tells us about the power of focused jealousy, envy and anger to hex and harm and befoul. One doesn’t need to be in graduate school to experience this; stress from a competitive work environment can be just as bad.

Related to the negativity clinging to ourselves accumulated directly or indirectly from others is that from spiritual sources. Like attracts like, after all; this is the cornerstone of sympathetic magic. One of my favorite terms for spiritual pollution is flocculum abominii— little clouds of negativity that drift about and attach themselves to people and places. Those of an animist or spiritist bent may think of this clinging pollution as attracting little imps that feed on or delight in such energy. And then, there are other more directed spiritual sources of pollution: inherited ancestral baggage, angry ghosts haunting you, offended landwights, the evil eye, and maleficia.

But it doesn’t really have to be anything so dramatic as all that. Spiritual pollution accumulates from living. Life contains hard and terrible things after all. The ancients held that exposure to such things– death, sickness and disease, war, violence, bloodshed, and chaos– caused miasma. Modern life is in no way removed from these, making regular and consistent ritual purification not only a good idea, but also rather necessary. As Ian Corrigan succintly put it: “If it makes you feel fucked-up, it’s pollution. It is the psychic or spiritual or magical residue of those encounters, those feelings, those small, biting imps, which we mean to wash away with ritual purification.”

It should be obvious, then, that one further source of potential pollution comes from ourselves and our personal failures both in word and in deed. Jesse Hathaway Diaz in his blog post recently on the power and place of St Peter within Iberian witchcraft states rather poignantly:

“It is in the small betrayals, not the treason planned and strategized, but in the tiny broken promises of our failed resolve that we find sympathy with Peter. Well-intentioned promises that when put to the test fail, even beyond our wish to keep them. What makes us fail? Were we wrong about ourselves? What we desired? If we hold the straw-man of our idealized self to the flame, will it survive? The cock crows either way. We strive to keep our word… But when we fail, do we become failure instead? How do we react to this failure?”

Though Diaz wasn’t addressing purification, I found his words resonant with this source of potential pollution I believe many people encounter. One of the basic powers of the witch, the sorcerer, and the alchemist is that of transformation. We may take this failure to live up to our own ideals, the self-pollution of disappointment in not being who we would like, and the guilt we may inflict upon ourselves for wrongs caused and transform it. We can strive to make amends and do better. Magicians may destroy who we were, and direct the fire of that destruction toward becoming who we envision. Truthfully, such magical acts go beyond undertaking simple rites of regular purification, but it is a necessary first step on the path.

Having covered potential sources of miasma and spiritual pollution, what should one expect to gain by getting rid of it? The most basic reason for doing regular purification rites is to feel better. The effects of spiritual pollution are decidedly unpleasant and we are better off without them. For witches and sorcerers, an added benefit to doing these rites are better and more beneficial relationships with spirits and more pleasant journeys into the otherworld. Not carrying a bunch of energetic pollution with us into the otherworld means we’re less likely to attract nasty or dangerous spirits through the principle of sympathy. When the aethric body is free of clinging clouds of negative energies, it becomes easier to send that body forth in dream and trance. Lastly, regular purification offers us a better relationship with luck. A proper discussion of luck is a topic for a whole other post sometime, but the important thing to note is that luck is a thing which can be lost or gained, stolen or accumulated. Cleansing spiritual pollution affords us a better channel for luck to work within our lives.

This brings us to the practical discussion of how one performs ritual purification. Many magical groups have a similar process, and it at its base consists of 3 parts: Ablution, Fumigation and Earthing.

Ablution
The first step involves cleansing with water to dissolve and wash away. Bathing in the sea is traditional, as is standing under a waterfall. You may take a ritual bath of mixed sea salts. Lavender, as its Latin name lavandula (to wash) suggests, is an appropriate additive to ritual purification baths, as is vervain. You may also decide to bless holy water and cleanse the body with it. Please note, this should be more than token sprinkling with an apserger. There are many sources of water that can be used in ablution–water from the sea, waterfalls, sacred springs, holy wells, violent thunderstorms, but in general the water should be from a moving source as this helps to break up and disperse energetic pollution.

Fumigation
This is accomplished through the use of incense to cleanse and restore order to the aetheric body and energetic centers. Fumigation has been performed in both the new and old world throughout history, from the smudging practices of first nations peoples, to old anglosaxon and celtic practices of fumigation and recaning. Many plants and resins can be useful in this sort of work; our own blend uses juniper, rosemary and frankincense. Creating thick white smoke that you can brush with a bird wing or feather fan is particularly effective.

Earthing
Earthing is the same concept as grounding energy promoted by most eclectic modern pagans; the point is that the spiritual gunk you clean off is put somewhere so it doesn’t get on someone else and it can go on to wherever such things go. This step is implied in ocean cleansing, you’re in a very large body of water with a lot of dissolved minerals. This part of the purification rite may also be effected by standing on iron, or in a ring of chalk, bone ash or eggshell, or upon stones at a holy site.

Try to perform ritual purification at least once a month for 6 months or so. If you do, you’ll start to get a sense of when you need to perform it, timed to your own lifestyle and practice. 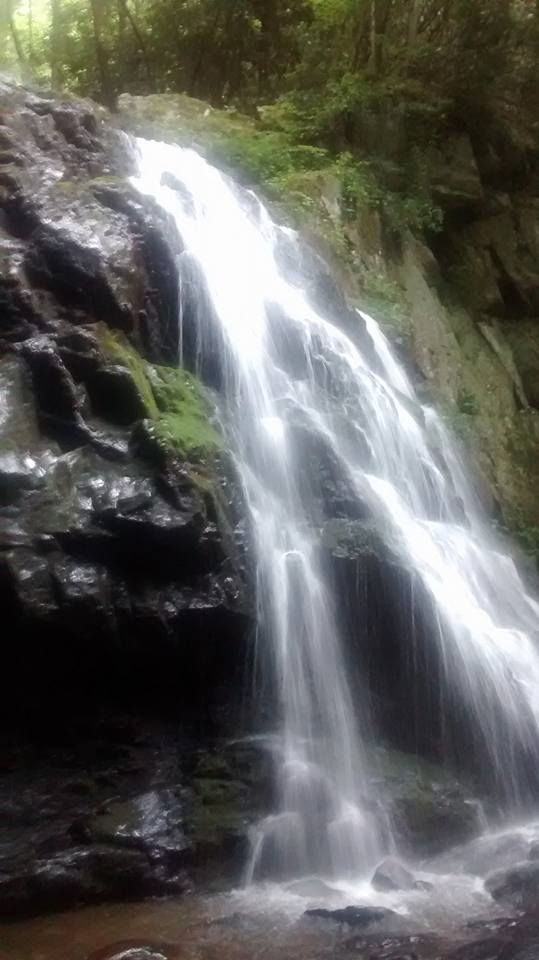