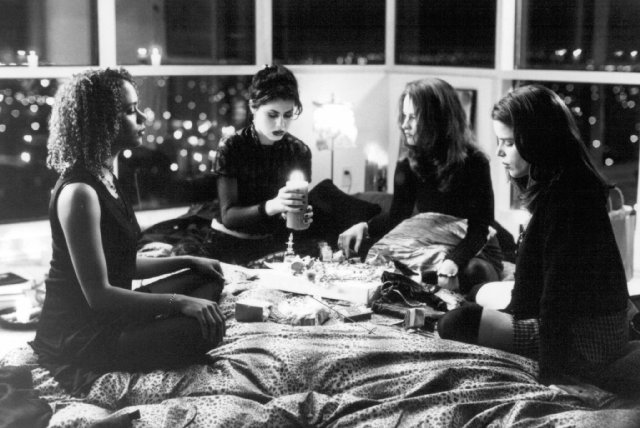 Reading Adventures in Witchery recently has made us somewhat nostalgic for the 1990’s. So, reveling in the halloween season and our penchant for horror, we made some cinnamon caramel popcorn, opened a couple of pumpkin ales, and sat down to re-watch “The Craft”. Just on a lark we paused one particular scene in the montage where the ladies are discussing a spell in a book (right after the levitation scene) and tried to decipher the text to see what book they used in the film. We found that we could read almost the whole thing, but that the spell isn’t on the internet yet (that we could find)! This is somewhat shocking, as we assumed someone would have copied it down to a geocities site with a purple background and spinning pentacles of glitter by 1997. So here it is, archived for posterity, a spell under the heading “initiation” from 1996’s teen witch horror film “The Craft”.

Crush Pipsissewa fine as possible, add the rest of the formula, and mix thoroughly.

After sundown, during an hour of Venus, light a little of the incense mix. Light a Seven Power candle. Read Psalm 41 aloud. Sit in quiet meditation for five minutes. Then, tell the Angels your hearts desire, or, tell them what troubles you. It is said that if you repeat this spell every seven days, the Angels will come to your aid. You must permit the Seven Powers candle to burn out, do not extinguish yourself. 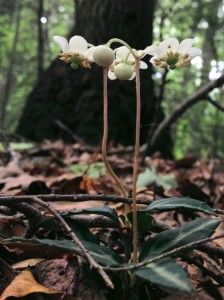 Pipsissewa (Chimaphila umbellata or Chimaphila maculata) is a beautiful woodland herb found throughout North America which is underutilized in magical practice. One of the two plants referred to as wintergreen, pipsissewa has a sweet, fresh flavor and scent. Cunningham mentions it being useful for summoning benevolent spirits. (Photo by Fritz Flohr Reynolds.)

One thought on “A Spell from The Craft”