Part of the family of witching plants that includes belladonna, datura, mandrake, and henbane, black nightshade is their humbler cousin. Commonly called garden nightshade, common nightshade or petty morel (for its similarity to belladonna—the great morel), Harold Roth of Alchemy Works has given this plant the nickname The Black Toad, and indeed it strikes us as being very toad-like.

Of a Saturnian, watery nature, black nightshade has qualities in common with other “toad plants”. It is a hedge plant, growing in waste places but still close to humans, occupying liminal spaces at the edges of fields and the bottom of the garden. Spreading foliage provides summer shade for garden toads, while small star-shaped white and pale purple flowers give way to small green fruits that ripen to a glossy juicy black. The plant is also poisonous; it contains the glycoalkaloid compound solanine and so should not be consumed [though some cultures boil the young greens repeatedly like poke (Phytolacca americana) to remove the toxin and then eat them, it’s not something we’d recommend]. Instead, put it to use in other preparations for magic and witchery which will not be consumed by the living. 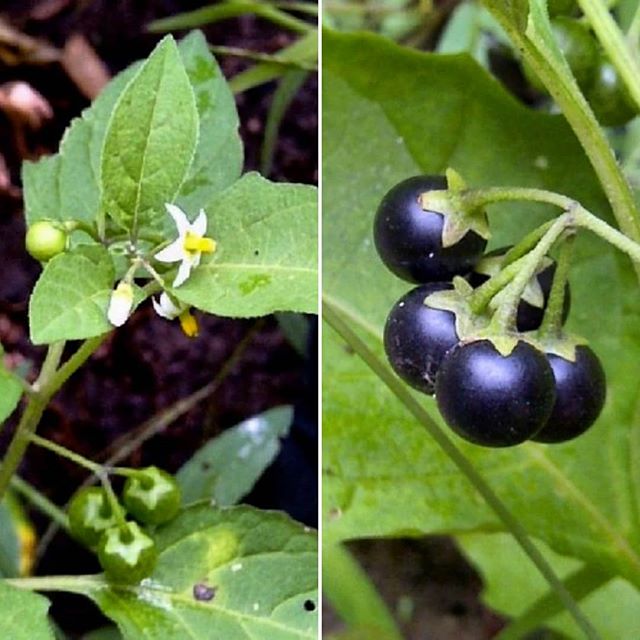 Plants associated with toads (like toadshade, toadflax, ferns, and the humble dandelion) are often innocuous-seeming, but really are quite powerful. Our experience with the plant spirit of black nightshade has shown it to be less dangerous than the dark belladonna, and less capricious and tricksy than datura, and quite willing to work with a serious minded witch. It is useful in spells to augment and boost the personal power of the witch; use it in spell pouches, potions and preparations especially in situations where you want to overcome or coerce another.

Black nightshade occupies a liminal space between the world of the quick and the dead and is possessed of chthonic power. Its fruits are often used to make inks to write messages to the dead (and we use it in making our own black ink—soon to be restocked!) It can be used as a key to unlock passageways and may be implored to help the witch travel to the underworld. Black nightshade is also used in offertory rites for the spirits of the dead.

Rare to find in commerce, we offer our organically and witch-grown black nightshade. These plants sprouted up, self-seeded, as a gift from the spirits in the hedge of our witch garden. We harvested and dried these whole plants under a dark moon before the end of the season, and includes flower, stem and leaf as well as dried ripened and unripened fruits. They may even have viable seeds which you can start yourself (they’re fairly easy to grow like the other related solanums–tomatoes and peppers). 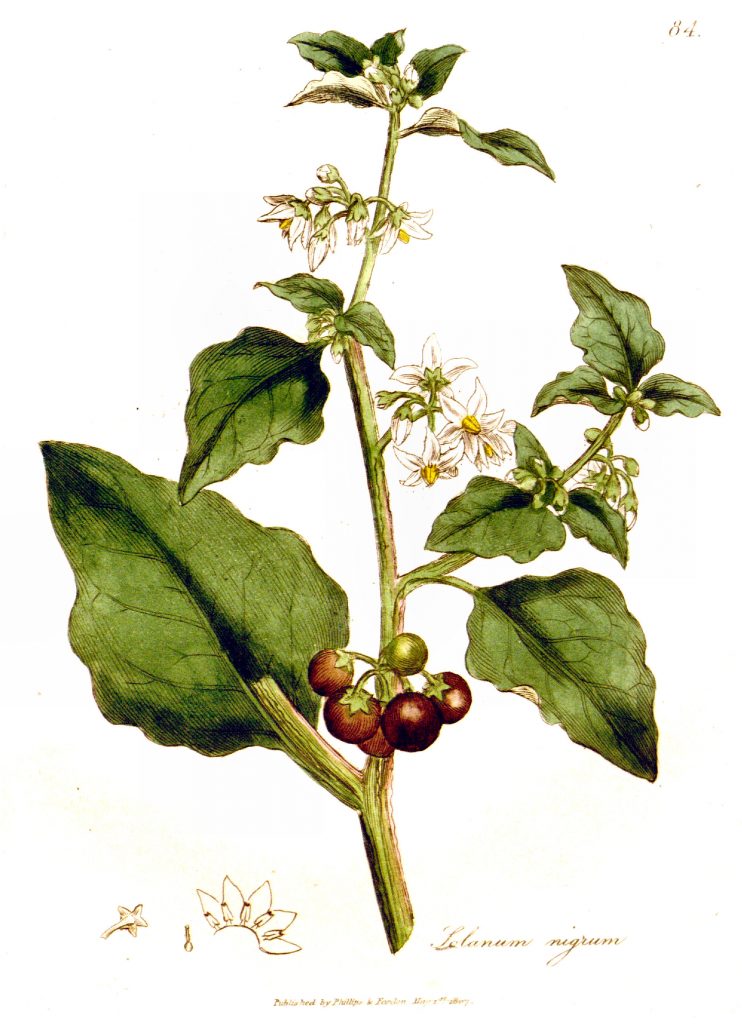 11 thoughts on “On Black Nightshade”