Traditional craft groups often observe holy days which fall outside of the 8-fold wheel of the year. It’s strange for us to be asked what we did for Yule, for instance. While some of our holidays align with the familiar neopagan wheel of the year, the winter solstice (and new Christmas) are but minor concerns filled with celebration and gifts and gin punch.

For our hearth, the more serious observance is Old Christmas, which, by happenstance, co-occurs with Epiphany.

Some of you may be thinkng – “Christmas? Epiphany? But, these are Christian holidays, not Pagan ones!” But many holidays observed by traditional witchcraft groups have distinctly Christian origins, sometimes with a thin Christian gloss over older traditions, sometimes not. The presence of these (albeit heretical) Christian observances makes these Traditional Hearths not distinctly pagan faiths, but something born of both. 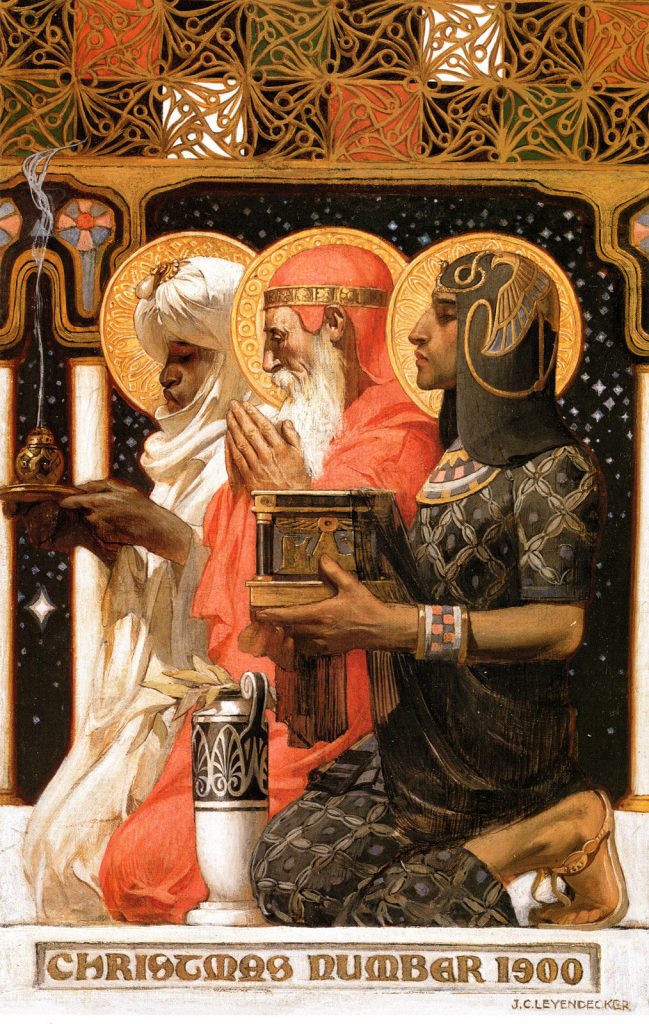 Epiphany is the 12th day of Christmas, the official close of the Christmas season. It is a holiday celebrating the manifestation of Christ to the Gentiles, represented by the Magi, as related in Matthew 2:1–12. There are a lot of European traditions involving the “three wise men”, who are seen as magicians, scholars, diviners and astrologers and kings from the east where they may be petitioned as saints for assistance in magic. For this purpose, we recently formulated an incense from the traditional gifts they offer –gold, frankincense, and myrrh.

One of our initiating traditions taught us that Epiphany or 12th night is the end of Misrule, when order is restored and the pattern of the world fixed anew. All New Year’s luck spells should be finished by this time in order to be woven into the pattern of things to come. Though the wild hunt still rages on certain dark nights throughout the winter and protections should remain in place, the power of chaos to interfere and intrude upon our lives is diminished outside of the liminality of Misrule.

Old Christmas is a cultural phenomenon amongst some mountain communities in Appalachia and remote parts of the UK owing to an 18th century calendar shift. In 1582, Pope Gregory XIII amended the Julian calendar which had shifted forward ten days since the time it was adopted by the ancient Romans. Since King Henry VIII had already removed England from the remit of the Holy Roman Empire, the new calendar (named the Gregorian calendar) was ignored by Britain and her subjects. By the mid-18th century the calendars were separated by 11 days, and when Parliament decided to adopt the new calendar in 1752, they dropped Sept 3-13 of that year. British subjects in far removed places, like Appalachia, (and parts of Scotland, Wales and the West Country too) who refused to move Christmas based on government interference and the influence of the Catholic church, counted forwards 11 days to celebrate Christmas on the old date—January 5th. By the 1880’s the calendars had separated by another day, shifting “Old Christmas” to January 6th. In many places in Appalachia from the late 1800’s on, both holidays were celebrated, with New Christmas taking on a festive outgoing party tone, and Old Christmas retaining a more serious family oriented religious nature. Old Christmas was documented as being observed in a number of places in WV, KY, NC, TN, and GA until the time of the Great War and many folks in the mountains remember their grandparents and other old timers talking about celebrating Old Christmas.

There is traditional lore concerning certain mystical occurrences on Old Christmas Eve that are of interest to witches. One is that animals are gifted the power of human speech precisely at midnight. If one were seeking to have the ability to communicate with animals, or you have a burning question to ask your cat, it’s an appropriate time for such an undertaking. Bees within the hive were supposed to awaken from their winter slumber and sing the 100th psalm on Old Christmas Eve, offering thanksgiving to the Lord. It’s certainly a good time to bless the hives in the middle of their winter sleep. Additionally, like the mystical appearance of fern seed at Midsummer, certain Elder trees were supposed to burst forth in golden bloom at midnight on Old Christmas Eve, and if that’s not a witchy thing, I don’t know what is. 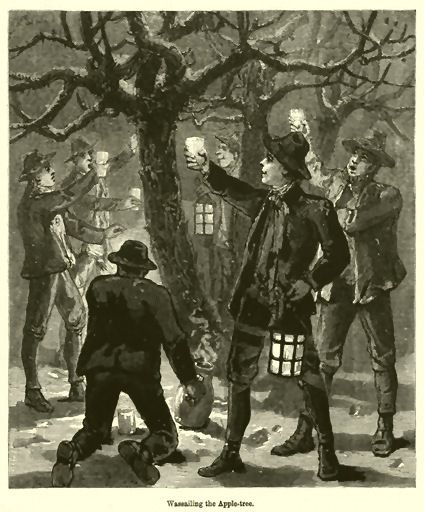 Finally, Old Christmas Eve is the traditional time for the apple tree wassail. A meal of hard cider and spice cake is taken into the orchard and shared with the trees with a charm of blessing that they “bud and blow and bear” an abundance of apples. Evil sprites are scared away with banging pans and firing shotguns.

Our own Old Christmas rites are conducted by lantern light beneath the slowly revolving winter stars. Central to our rites is the apple tree and the serpent that dwells within it. We wassail the apple trees so that they may be fruitful (and we may make more cider) and offer to our spirits so that the compact between us may be renewed. Through our Hearth’s celebration of Old Christmas, and our particular current of witchery, the symbols of the season are united– the Lucifer, the Christ child, the light in the dark, the light of knowledge and indwelling divinity, the themes remain the same. May the light crystallize in your blood and reveal to you the secret fire.

One thought on “On Old Christmas”