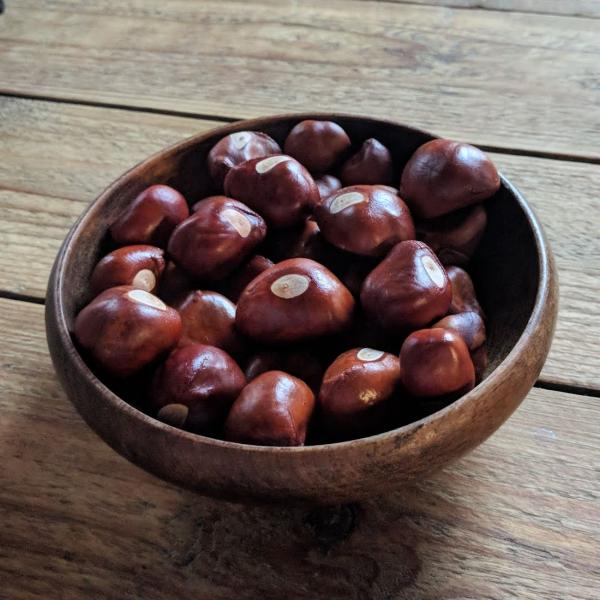 There are seven species of trees in North America belonging to the genus Aesculus (the horse chestnuts), which are most often called buckeyes.

While their fruits resemble chestnuts, buckeyes are actually poisonous but are highly regarded as a magical charm. My grandparents taught me to carry a buckeye in my pocket for luck, and this bit of lore is common throughout both the Ozarks and Appalachian mountains. I was told that you should carry the same nut year after year; I suppose not losing the buckeye was part of the luck!

Buckeyes are also carried by mountain folks to ward off aches and pains and rheumatism-- a use they have in English folk magic as well. Additionally, they're reputed to keep away cobs and spiders. A British term for these nuts is conkers, and children use them to play a game by the same name in the fall.