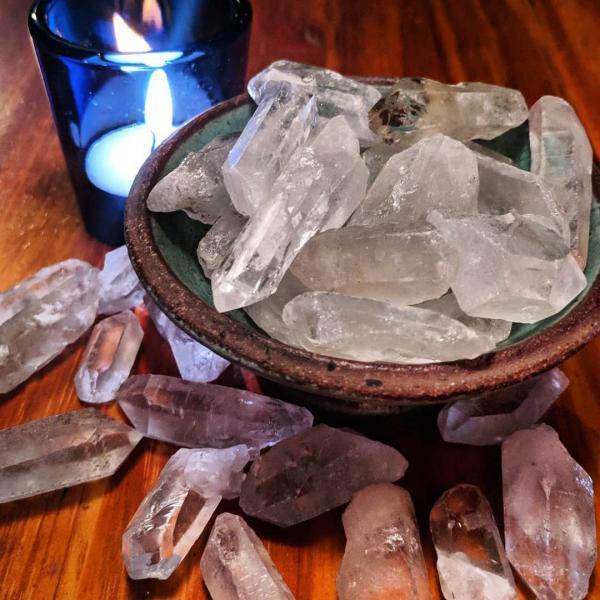 Quartz can be thought of as the anti-salt. Like salt, it can be used to constrain and contain, but rather than dispersing magical energies and power, it augments, focuses and clarifies. Though crystals are sometimes derided as belonging to the "new age", they have a long history of use in magic and witchcraft.

Agrippa in the 3 books of occult philosophy gives magical talismans that are consecrated to the fixed stars. The talisman aligned to the Pleiades (a prominent constellation in many strains of witchcraft) is made with quartz, along with fennel seed and quicksilver, and used to give or augment the Sight, summon spirits, call the winds, and reveal hidden or lost things.

The magical use of quartz to impart occult sight is well founded; quartz has been used for centuries as lenses. They've also been used as shewstones for the arts of scrying and spirit evocation (along with beryl and obsidian). The Anglo-Saxons used quartz lenses as firestarters to focus sunlight and set tinder ablaze. In our own tradition, 3 quartz crystals are placed around a cauldron to concentrate and augment the tool's powers to bring forth and birth.