This morning while pruning the rosehips to force a second flowering, I was thinking about Aradia. I recently reread Charles G. Leland’s Aradia, Gospel of the Witches. The book purports to be a collection of traditional witchery collected from worshipers of the goddess Diana in Northern Italy and was an influential text on the modern witchcraft movement.

Aradia is a complex figure who possibly has her origins in Herodias and her daughter Salome who conspired in the death of John the Baptist. In the medieval period, Herodias was one of the names (along with Diana, Holda and Abundia) of the Lady of Night, the supernatural leader of a cult of witches who flew forth by night and traveled in spirit and got up to all sorts of mischief. Carlo Ginsberg’s Ecstasies: Deciphering the Witches’ Sabbath deals with this extensively.

In Leland’s text, Aradia is a messiah figure, the daughter of Diana, sent to the Italian peasants to teach them witchcraft. The arts she teaches them (in addition to operative magic for the attainment of desires) are also tools of subversion and rebellion against the rich who hoard wealth while people suffer, the government that supports this inequality, and the dominant religion which oppresses them. While the Gospel of the Witches is a legend set against the background of medieval or renaissance Europe, it was published in 1899 and certainly also could reflect social inequality and injustices of the industrial revolution. Sadly, it’s also still relevant to modern times. Income inequality, racism, homophobia– these problems are currently all too real and prevalent. Aradia, “the first of witches known”, was sent to teach witches the tools to end oppression, destroy the systems and people who would subjugate them, and to bring liberty and happiness to the Children of Night.

I think perhaps many of us could use her help. To that end, this beautiful prayer to Aradia, written by Jonathon Sousa may prove useful.

Thrice I speak thy sacred name,
Thrice I chant and thrice I sing –
Erodiade, Erodiade, Erodiade –
Daughter of the Moon and Sun,
Queen who reigns at the Mother’s side,
Lady of the Woods,
Protectress of the outcast and marginalized,
Messiah and Second Eve to the Witches of Earth,
come, fierce Erodiade,
called also Herodias and Aradia,
moved by my entreaties.
To the weak, bring strength.
To the oppressed, bring liberty,
with liberty, the knowledge to enjoy it,
and – in that knowledge – the wisdom
to claim its power responsibly.
To the lovelorn and lonely,
bring companionship,
and the reminder of their especial bond
with All That Is, a most intimate lover.
To the despondent and broken,
bring healing and peace.
Erodiade, Beloved Daughter,
Soul of Earth, Leader of the Fairy Rade,
Bride of the Goat-footed Angel,
accept this sacrifice of words –
forge it into a garland
worthy to crown your head.
Salve, Erodiade, figghia di Diana,
ascolta a mia scongurazione,
aora e sempre!
~Jonathan Sousa 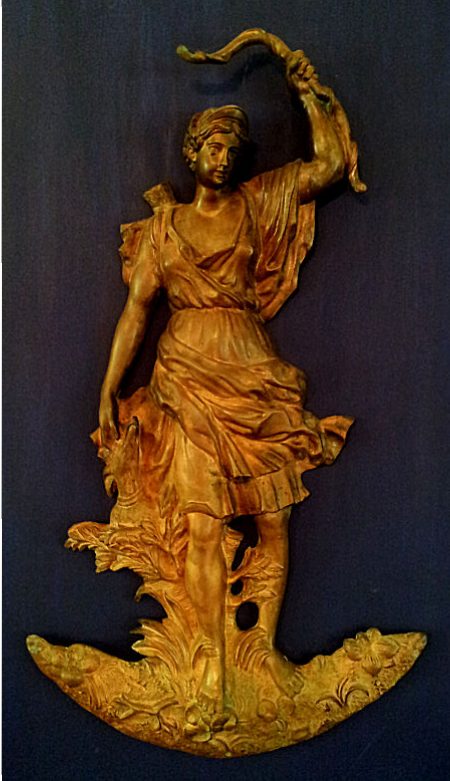 One thought on “A Prayer to Aradia”