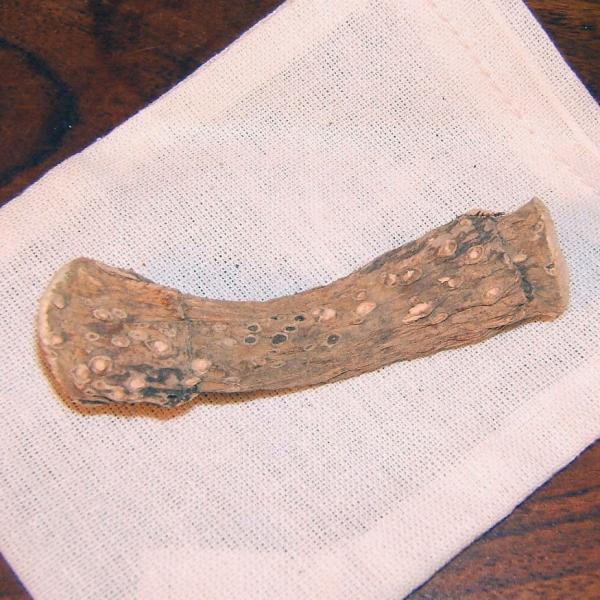 Calamus, or sweet flag, is a wetland plant with a reedy stem and green flower somewhat resembling a tongue. The name calamus derives from the Greek for 'reed pen', referring to the use of the plant's stems by scribes in the ancient world. These reedy stems were also used in musical instruments, thereby creating another sort of voice than the written word.

It is the sweet-smelling root that is primarily used in magic, also to create and empower Voice. Oils infused with calamus roots are worn to make the wearer's voice more influential. For example, in Hoodoo, roots of calamus are combined with licorice to create the 'command and compel' formula, which is used to gently exert influence over others. Calamus root can also be chewed for much the same effect â€“ making the voice sweet and compelling. In this way it is used in witchcraft to command spirits. Chewing, though, should be used in moderation as there is some indication that calamus is toxic in large quantities.

The use of calamus is also attested in Biblical and ancient Egyptian texts, where extracts of the root are used as perfume and incense. However, some recent research suggests that these references may be erroneous translations, and that the original texts, such as those for Kyphi, may refer to cannabis.